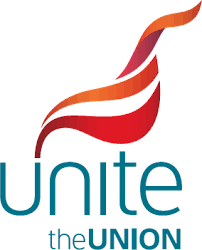 UNITED KINGDOM / AGILITYPR.NEWS / January 13, 2020 / Security officers and CCTV operators at the iconic Harrods store in Knightsbridge have begun balloting for strike action today (Monday 13 January) in a dispute over pay and unpaid work.

The workers who are members of Unite, the UK and Ireland’s largest union, are angry that Harrods management imposed a below inflation pay increase on them rather than return to the negotiating table, after the workforce overwhelmingly rejected the initial pay offer, in a consultative ballot.

The dispute is also a result of the workers being required to work half an hour unpaid every day, as they have to be at attend a separate location 15 minutes before their shift starts and to stay behind 15 minutes after it ends, to collect and drop off rotas, radio, keys and DNA spray.

The workers are also required to undertake an additional unpaid ‘training day’ every eight weeks, an issue which also forms part of the dispute.

The ballot closes on Wednesday 29 January and if members vote for industrial action, strikes are likely to begin next month.

Given the prestigious nature of the store, which is owned by the Qatari sovereign wealth fund, a strike by security officers and CCTV operators will cause a great deal of disruption at the store.

Unite regional officer Balvinder Bir said: “Unite members at Harrods are fed up of being treated with disdain by the management at the store.

“Our members are essential in creating the aura and security that Harrods and its cliental rely upon.

“If Harrods wants to avoid strike action then it needs to return to the negotiating table to ensure workers are treated fairly.”