As the 2019/20 season began in Saudi Arabia, Schaeffler and Audi announced their agreement to remain Formula E technology partners.

Schaeffler and Audi have enjoyed phenomenal success since the Audi Sport ABT Schaeffler team made its debut in the inaugural 2014/15 series, notching up 12 wins, 40 podium places and more than 1,000 points, culminating in both Driver and Teams’ championship triumphs in 2016/17 and 2017/18 respectively.

Initially a partner to the ABT Sportsline team, Audi became a factory team in 2017, and Schaeffler began developing the drivetrain that would form the basis of a championship charge.

The new agreement means Schaeffler continues its role as a technology and development partner, focusing primarily on the transmission, engine and drive concept development. It will also provide support in test rig-based work and prototype construction, as well as bearing enhancement and production.

Schaeffler CEO Automotive OEM, Matthias Zink, commented: “Schaeffler, Audi and Formula E have proved to be a perfect combination right from the very start. As a company, our intention is to use our drivetrain and chassis technologies to shape sustainable mobility – and Formula E is an ideal platform on which to present these ideas.”

Audi Head of Motorsport, Dieter Gass, enthused: “I am delighted that the formidable partnership of Audi and Schaeffler will continue for the next few years. We have already achieved a great deal, but the ever-increasing performance density of Formula E means we face huge challenges; therefore, the fact we are able to join forces and tackle the development of the Audi e-tron FE07 for the 2020/21 season is hugely significant.” 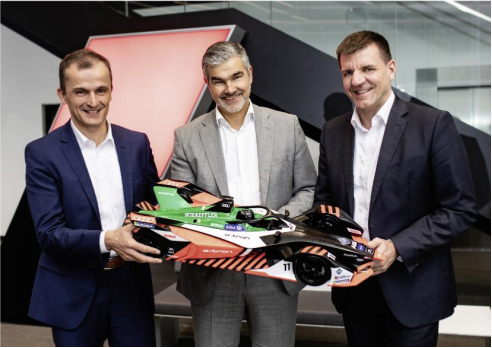 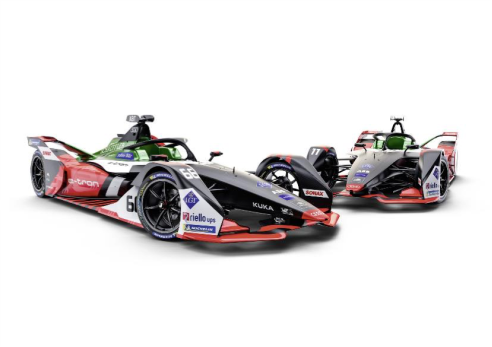 The Schaeffler Group is a leading global supplier to the automotive and industrial sectors. Its portfolio includes high-precision components and systems for engine, transmission, and chassis applications as well as rolling and plain bearing solutions for a large number of industrial applications. The Schaeffler Group is already shaping “Mobility for tomorrow” to a significant degree with innovative and sustainable technologies for electric mobility, digitalization, and Industry 4.0. The technology company generated sales of approximately EUR 14.2 billion in 2018. With around 89,000 employees, Schaeffler is one of the world’s largest family companies and, with approximately 170 locations in over 50 countries, has a worldwide network of manufacturing locations, research and development facilities, and sales companies. With more than 2,400 patent applications in 2018, Schaeffler is Germany’s second most innovative company according to the DPMA (German Patent and Trademark Office).