Dame Judi Dench planted an old English late-season dessert apple variety called ‘New Rock Pippin’ that originated from Cambridgeshire. This is just one of many native varieties of apple, pear, plum and cherry tree to the region. The CRT believe these trees and the subsequent habitat creation will make an excellent home to bird and invertebrate species.

Planned to be an integral part of the charity’s education and events programme, the orchard will offer a safe, secure environment for children to re-engage with nature, the seasons and food production. The Community Orchard will be open to the public all year round, providing a space for people to relax and enjoy the local wildlife. The focus on wildlife will attract visitors for years to come.

The orchard was planted at special ‘dig’ events in late 2019/early 2020 by volunteers and members of the public who had sponsored trees.

The weather over the past year added some unexpected challenges with a deluge of rain and bitterly cold winds followed by a hot dry summer of drought. Despite this, the trees proved robust and the CRT had hoped to celebrate the first anniversary with a small event on the 28th November, inviting all tree sponsors to see how their trees had grown and place their personalised tags on the trees.

Unfortunately, due to the second UK lockdown the event has had to be postponed. However, Sarah Wilberforce, Events Manager states that she is “feeling optimistic that we will get the opportunity to go ahead with our tree tagging event in the near future. Watch this space!”

It is suggested that the CRT will host the tree tagging event early 2021, depending on government restrictions and the weather

The CRT was able to create this orchard in 2019 because they were awarded a £15,000 grant from the Postcode Community Trust, a grant giving charity funded by players of People’s Postcode Lottery. 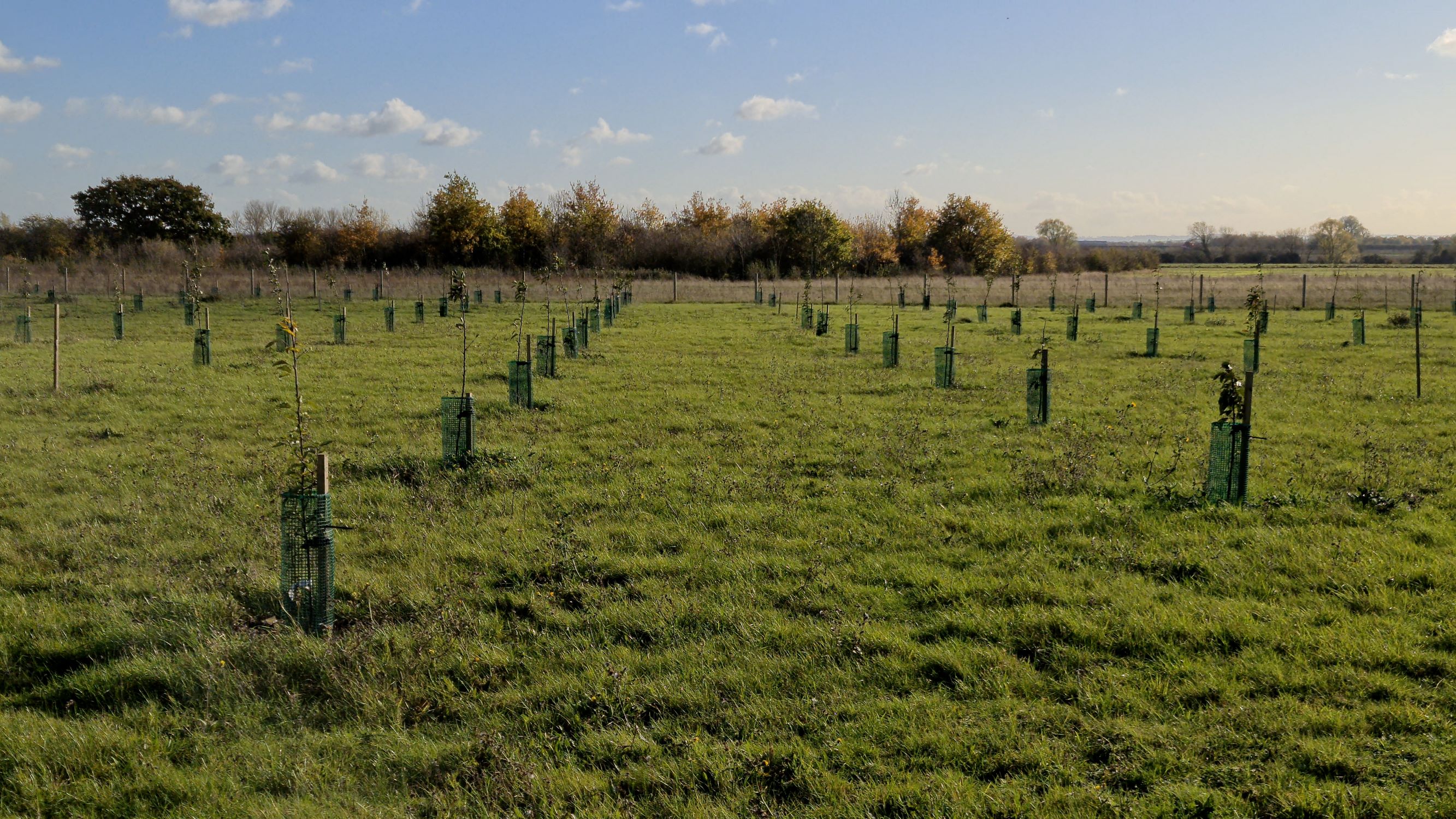 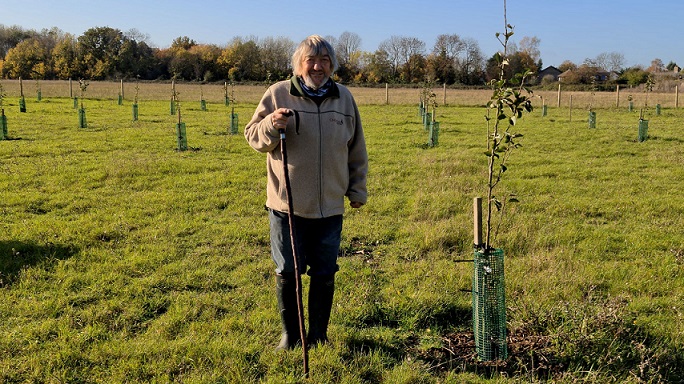 The Countryside Restoration Trust (CRT) was established in 1993 by chairman, Robin Page, and the late artist and conservationist, Gordon Beningfield, in response to growing fears about intensive and industrialised farming.

Now over 27 years old, the CRT is dedicated to restoring and protecting the wider countryside and its wildlife, through its 15 sites across 2,000 acres of land, spanning the length of the UK. The CRT’s aim is for conservation improvements to be carried out alongside practical farming and land management, and to spread these aims by example and education.

To become a CRT friend, sponsor a tree, or find out more information, head to https://www.countrysiderestorationtrust.com/.