UNITED KINGDOM / AGILITYPR.NEWS / June 29, 2020 / Church leaders from the United Reformed Church, Church of Scotland, the Quakers in Britain, the Methodist Church, Church of England and Catholic Church have called on the UK government to help deter annexation of the West Bank, which could begin from 1 July:

“We stand alongside the Holy Land’s Christian leaders, who have warned that the Israeli government’s plan to annex parts of the West Bank after 1 July “would bring about the loss of any remaining hope for the success of the peace process.”

“All our Churches are committed to promoting justice and peace for everyone who calls the Holy Land their home. If annexation proceeds, it would gravely undermine international law with serious consequences for the common good of our global society.

“The UK government should do everything in its power to deter annexation. Only a robust response, working alongside others in the international community, can help to prevent this tragedy.

“We remain united in prayer that plans for annexation will be abandoned, allowing for renewed efforts towards a negotiated solution that upholds the human dignity of Palestinians and Israelis alike.” 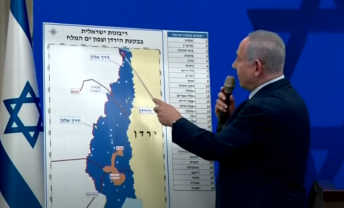 The full statement from The Council of Patriarchs and Heads of the Holy Land Churches can be found at: oikoumene.org/en/press-centre/news/patriarchs-and-heads-of-churches-in-jerusalem-deeply-concerned-about-israeli-unilateral-annexation-plans