“There was only one gunman.”

November 22, 1963, President John F. Kennedy was assassinated as he rode in a motorcade through Dealey Plaza in downtown Dallas, Texas

Dallas, TX -- In his timely and powerful new book, On the Trail of Delusion, author Fred Litwin turns the tables on conspiracy theorists with a rock solid and well-researched scenario of President John F. Kennedy’s assassination that debunks the conspiracy theories of district attorney Jim Garrison, exposes the nonsense behind Oliver Stone’s film JFK, and offers restitution for the lives that were destroyed through false claims.

“On the Trail of Delusion is nothing less than a masterclass on the craft of investigative writing. Brimming with new details about the toxic “Garrison investigation,” the lunatic “Permindex” conspiracy theory, and other JFK-related nonsense, Fred Litwin’s book is a must-read for all history buffs Highest recommendation.”

Gus Russo, Author of Brothers in Arms (with Stephen Molton) and The Outfit

“When I first saw the Zapruder (assassination) film, I thought, that doesn’t make sense! I knew people had seen the film, and I began to wonder why the backward head snap didn’t bother more people. What was really going on? From that moment on, I was a teenage JFK conspiracy theorist. But once I began to research, and the more I looked into it, the more I realized that there was only one assassin. The head snap was due to a neuromuscular spasm, and I was well on the way to recovery from conspiracy thinking.”

Litwin visited every institution in the United States that held primary papers on Garrison. His book is the product of those years of meticulous research, full of photos, as well as copies of official documents, memos, and even personal notes from Garrison and others. “I knew the Garrison investigation was a fraud, but I never realized just how bad it was.

“I wrote this book to expose the full truth about Jim Garrison and the danger of conspiracy thinking. Several authors have tried to rehabilitate Garrison, and I wanted to use primary documents to show just how deluded he was.”

“The book reads like the finest investigatory thriller, the facts are clear and this treatise is definitive. This is an impressive—and important—document on many levels, not only about the assassination but also about power in America.”

The “assassination plot” on JFK isn’t the only conspiracy theory to grip America. Even today we have them.

“You see it on both the right and left,” says Litwin. “It just keeps on going, and it puts people into tribes. This tribal thinking makes people immune to any sort of real discussion. If we could just get the fact-based truth from the news media, without the slant…This “opinion-based” news comes from a failure in education, for really educating people on how they can actually evaluate claims of this sort. We’ve taken a back seat in logic and reason.”

Litwin’s book touches on many topics that are relevant today, such as Russia’s toying with our political system, and the criminalization of gays. But mostly, it talks about how one deluded man, Jim Garrison, turned a crime investigation into a wild ride of deluded thinking and unfounded conspiracies.

“This book, in part, is a warning,” says Litwin. “We have to evaluate people very carefully before we vote them into office and positions of power. In this case, we had a district attorney who ultimately ruined people’s lives. He was live a wrecking machine.”

"This book is a perfect example of good reporting—something too often elusive in the scores of books about the JFK horror story. This book is REAL! I lived every minute of it."  Hugh Aynesworth, Author of November 22, 1963: Witness to History and JFK: Breaking the News

Litwin’s book will inspire historians, fans of JFK, or anyone looking for a good true-crime read. It will certainly become a necessary addition to any JFK library.

About Fred Litwin: Fred Litwin is the author of several books, and has written articles for the National Post, the Ottawa Citizen, and the Toronto, among others. His 2015 book, Conservative Confidential: Inside the Fabulous Blue Tent details his journey from left-wing, anti-nuclear activist to becoming a gadfly on the right.

Litwin has been interested in the JFK assassination since he was young, and his latest book is the result of his incessant research into the topic, which debunks conspiracy theorists and proves there was only one gunman: Lee Harvey Oswald.

Litwin is a marketing professional, who worked for Intel Corporation, and organized the launch of the Pentium II in Asia. In 2000, he founded NorthenBlues Music, a cutting edge blues label. The company has released over 70 CDs, and has garnered 12 Juno Awards and over 40 Blues Music Award nominations. In 2007, Litwin started the Free Thinking Film Society to showcase films on liberty, freedom and democracy. The Society has now shown over 100 films and also organizes book launches and panel discussions.

An avid volunteer, Litwin is on the programming committee of Kehillat Beth Israel synagogue in Ottawa, the Chairman of the Board of POGG (Peace, Order and Good Government), a small think tank in Ottawa, and sat on the Board of Directors of the Blues Foundation in Memphis from 2003-2009. He has also done a lot of work with the Centre for Israel and Jewish Affairs in Ottawa.

Fred lives in Ottawa with his partner, and is currently at work on his next book. Visit his website at http://www.OnTheTrailofDelusion.com

Media Contact: For a review copy of On the Trail of Delusion: Jim Garrison: The Great Accuser, or to arrange an interview with Fred Litwin, contact Scott Lorenz of Westwind Communications Book Marketing at scottlorenz@westwindcos.com or by phone at 734-667-2090. Follow Lorenz on twitter @abookpublicist 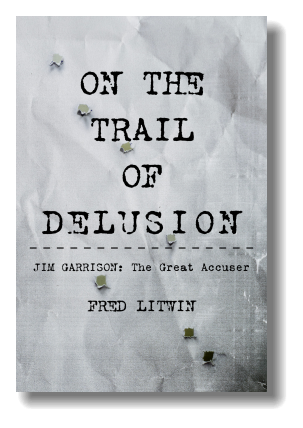 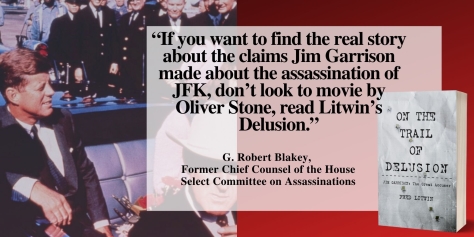 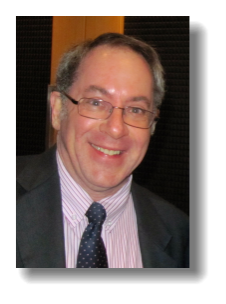 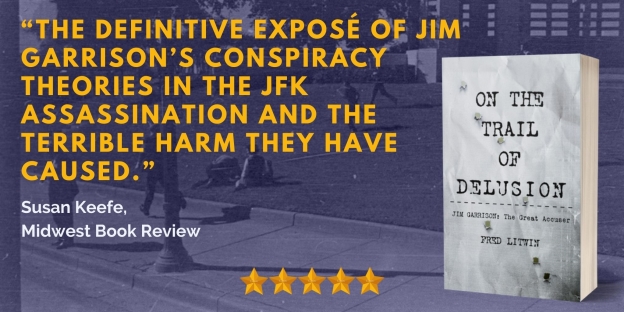