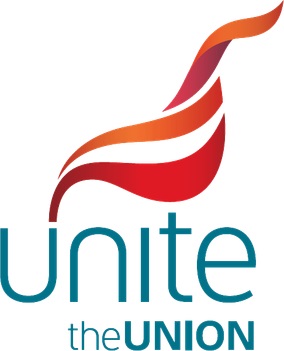 UNITED KINGDOM / AGILITYPR.NEWS / September 15, 2020 / Hundreds of low paid workers based at Ministry of Defence sites are being told to sign up to pay cuts or be immediately made redundant.

Over 500 workers employed by ESS, part of the multi-million pound Compass Group, who undertake key roles in cleaning and catering roles on the MoD site, are being faced with cuts in their working weeks and reductions in working hours.

In many cases the workers, member of Unite the union, are being told that they have to agree to only being paid for 49 or 50 weeks a year, which full time workers estimate will cost them up to £1,200 a year.

The union says that many of the mainly female staff have been left in tears when they are told by management that they have to sign up to the cuts or be made redundant.

Unite understands that ESS is forcing through these cuts across all its MoD contracts including high profile sites such as RAF Cosford and the SAS base in Hereford and St Athans in Wales.

ESS admits that it has not suffered any Covid-19 impact on its MoD contracts but is making these cuts to cover losses made in other hospitality and catering contracts.

Many of the workers were previously directly employed by the MoD which means if made redundant they will be paid via the civil service compensation scheme leaving the taxpayer to pick up the tab for ESS’s actions.

“On what planet is it acceptable to tell low paid, long serving workers that they must sign up or be sacked.

“Our members are dedicated to ensure that our armed forces are well fed and well cared for and their only reward is to be treated shabbily by their employer.

“This company has form when it comes to making low waged workers pay but we saw them off before and we will do so again.

"Unite has made it clear that it will do everything within its power industrially, politically and legally to force ESS to reverse this decision and to stop treating its workers with callous disdain.

“The Ministry of Defence needs to start asking questions of itself and whether it is happy with the way one of its key contractors is treating its workforce.”

It is not the first time that ESS has sought to cut the working weeks of low paid workers. The company tried to do the same thing to workers in the Gosport area including at Fort Blockhouse in 2017.

Unite took ESS to an employment tribunal on behalf of its members for breach of contract. ESS was forced to accept that the cutting of the working weeks of its employees was illegal. It had to reinstate the working weeks and pay compensation to the workers who took the case which was worth on average £1,900.