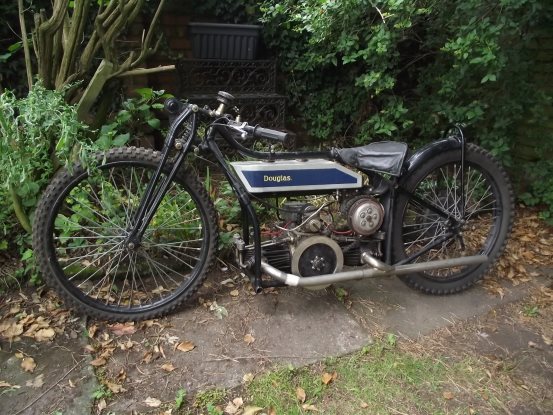 The four pre-war grass track bikes are all part of the late Leicestershire grass tracker Jack Brantom and his son Dave’s collection. Mark Bryan of H&H Classics comments: “It is rare these days to find complete examples of grass trackers from the 1920s and 1930s, so to find four from one collection with such an interesting provenance is very satisfying.”

The c1928 OHV 500cc Douglas DT5 £13,000 - £18,000 is believed to have been raced by the well-known Leicester Grass Track Racer Dave Brantom. It is fitted with a "Norton Clutch" modification. It has not been used for some time so will need restoration or recommissioning, but is a great opportunity to purchase a much sought after "Dirt Track Dougie".

A number of Jack Brantom’s bikes were given the name Killer’ as a result of a warning Brantom received from an elderly lady in his village.

His "Killer III" grass racer was featured in The Classic Motorcycle Magazine in January 1988 written by Celia Walton, once VMCC grasstrack sidecar champion along with Barbara Coombes and a long time member of the VMCC. She explains how the “killer’ name came to be.

“In 1934,” she writes, “Jack was looking for a bike to use for grass and dirt track events. He searched for a while and then bought an ohv AJS engined machine offered as a 1924 dirt tracker, although it was on the road at the time.

“Jack had owned two previous grass and dirt track machines, both named "Killer". Before the war they were ridden on private tracks near his home (with no transport available he simply pushed them along the road to the track). An old lady in the village used to lean over her gate whenever she saw this weird machine being pushed past. In her cracked voice she'd cry "Ah, you'll get killed, you'll get killed"" Which, as you might have guessed by now is where the name derives.

A close friend, a signwriter, was most impressed with the bike and suggested putting a name on it. This wasn't as simple as it sounds, as Malcolm Campbell had already pinched "BlueBird". Then up came the standing joke. Giving his best impression of the old lady, Jack Brantom croaked "Ah, you'll get killed, you'll get killed!" "That's it!" said the signwriter, "Why not Killer?", and so it was.

The next machine was an OK, and he put Killer II on that, so the ohv AJS was naturally, Killer III.” 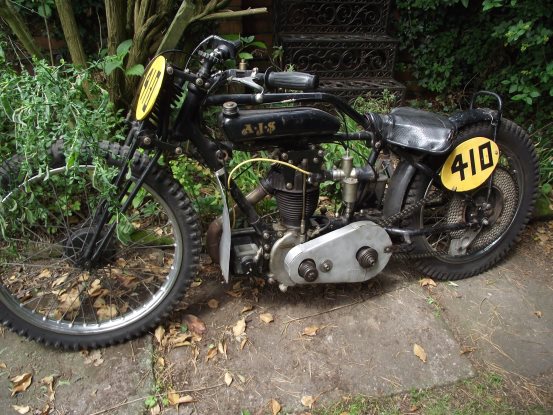 Appears to be based on an AJS M8 model. Raced by the late Leicester Grass Track racer Jack Brantom.

The bike was known as "Wally Lamont Replica" and the bike was also referred to as "Killer 3".

It was later raced by Jack's son. It featured in an article in Jan 1988 Classic Motorcycle magazine. It has not run for some time so will need some recommissioning or restoring. It has potential to revert back to desirable pre-war model M8. 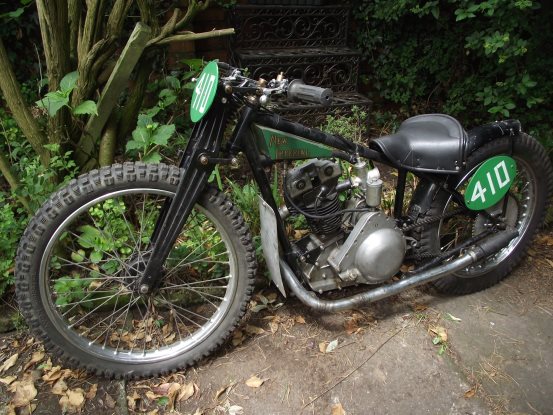 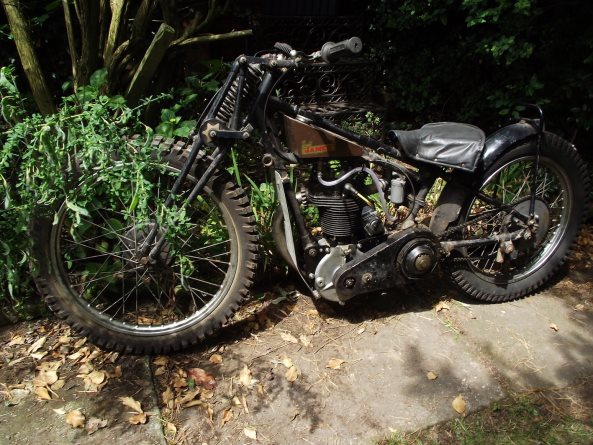 Believed to have been built from a 350cc B4 Super Sports model. It has not run for some time so will need either recommissioning or restoring but has the potential to revert back to the rare B4 Super Sport model.

Motorcycle Grasstrack is a form of motorcycle racing which typically, in its current form, takes place on a flat track consisting of two straights and two bends usually constructed in a field. It is one of the oldest types of motorcycle sports in the UK with the first meetings taking place in the 1920s.

In the United Kingdom, kidney-shaped circuits were sometimes used to include a right hand bend, and undulating hillsides were also used to increase the challenge for riders. The events traditionally occurred after haymaking and before harvesting season on newly-cut fields. Postwar grasstrack circuits included "permanent" venues such as Brands Hatch and Mallory Park which were not simple oval shapes, although solo motorcycle races were run in an anti-clockwise direction. Later, these were converted into tarmac circuits with races using the more common clockwise direction associated with modern road racing.