Get Off My Pitch: Memoir from the Cathedral of Football Makes Perfect Gift for Football Enthusiasts as World Cup Gets Underway

When the original Wembley Stadium opened its doors as the British Empire Exhibition Stadium in April 1923, it was supposed to stand for just over a year. Instead, it went on to become “the Cathedral of football, the capital of football, the heart of football”, in the words of legendary player Pelé.

Today, a new Wembley Stadium stands where its predecessor once stood with its distinctive twin towers. The original Cathedral of football exists solely in the memories of those who got to visit it or performed or worked in it - including former groundsmen, one of whom has shared those memories in a riveting book.

The memoir by Don Gallacher - the Head Groundsman from 1974 to 1985 - offers a new look at the history of the stadium which saw England win a World Cup in 1966, and the work that it took to keep the 'hallowed turf' in tip top shape for some of the most important sporting and musical events of an era.

“Today whether he’s looking after the most famous ground in the land or a school playing field, the skills and the knowledge expected of the groundsman is far greater than he is generally given credit for by anyone other than his peers,” the book reads.

“More importantly the demands made on a pitch today are far greater than ever before and it’s true that grass left to its own devices will grow and recover quite well, but only if you don’t have 22 players, cricketers, tennis stars or a few hundred school children playing on it over prolonged periods. Then it needs help, ideally by people that know what they’re doing.”

From meetings with important sports personalities to mishaps in pointing out the exact spot of the infamous 1966 disallowed goal to German tourists, through the efforts to fix the damage done by rowdy Scottish fans following the game against England in 1977, Get Off My Pitch paints a vivid picture of a piece of English history - the original Cathedral of football. 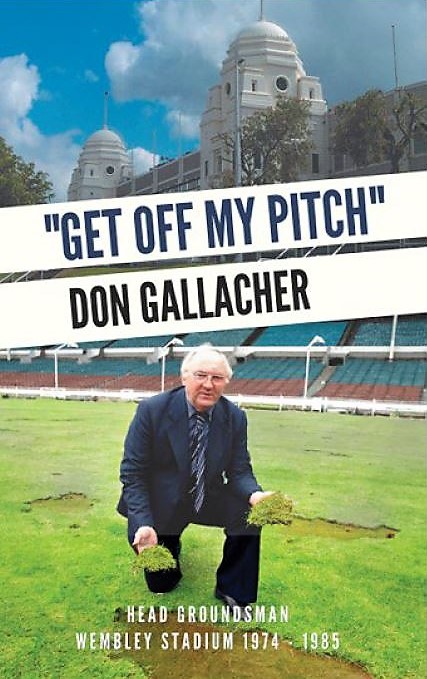