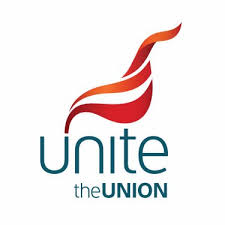 UK / AGILITYPR.NEWS / March 24, 2020 / Unite, the UK’s construction industry, has warned in the strongest possible terms that construction workers and their families are facing a public health emergency as the government has failed to ensure their safety at work.

Unite believes that alongside urgent contingencies to enforce safety on sites, the government must introduce immediate measures to ensure that the self-employed (which comprises over 50 per cent of the construction industry) are covered by its wage assistance scheme, to the equivalent already announced for employees.

Unite assistant general secretary Gail Cartmail said: “There is an immediate public health emergency on construction sites, due to a lack of social distancing.

“Construction workers are currently facing a stark choice arising from negligence. That means they risk their health, or face the prospect of job loss, hardship and hunger.

“By construction workers being compelled to work unprotected and travel, the lack of government safety coordination, is risking their health, the health of their families and the health of the general public.”

The policy of social distancing has collapsed on many construction sites with workers displaying pictures of overcrowded buses, queues to enter sites, packed canteens and workers working in close proximity. There are also major public health concerns about large number of construction workers travelling on the tube in London.

At the weekend Unite called on the government to extend its wage assistance scheme to cover the million plus workers who are currently paid via the Construction Industry Scheme (CIS); a stand alone tax scheme for the industry, where workers are considered to be self-employed but are taxed at source so easily identifiable by the HMRC.

The problems facing construction is made more complex as most major construction contractors employ few if any workers directly, with work being subcontracted and workers engaged by these sub-contractors and in some cases agencies.

The Department of Business Enterprise and Industrial Strategy (BEIS) has established a coronavirus taskforce, but has so far failed to include a union voice on it to speak on behalf of the workers. Unite is lobbying for a seat on this body.

All construction work needs to be tightly controlled with strict risk assessments and social distance rules applied at all times.

Gail Cartmail added: “The government must announce they will take urgent action to ensure that construction sites will be safe and if not that displaced workers will have their jobs and income protected irrespective of being directly employed or self-employed

“Contractors also have a moral duty to ensure that all the workers on their sites are safe and financially protected.

"No worker should have to make a life or death decision arising from government or contractor negligence.”

Bogus self-employment occurs when workers are classified as self-employed but they have all the characteristics of a worker yet are denied all employment rights.

The Construction Industry Scheme (CIS) is a standalone self-employment tax system for the construction industry. Unlike all other forms of self-employment, workers are taxed (20 per cent) at source. They are then entitled to make a claim for self-employed expenses. The major beneficiaries are employers as they do not have to pay employees’ NI contributions of 13.8 per cent.