UNITED KINGDOM / AGILITYPR.NEWS / May 04, 2021 / Peter Greaves driving the Alfa Romeo 1900 Sport Spider (the only one in the world, residing in the Alfa museum) up the hill at the Goodwood Festival of Speed three years ago. 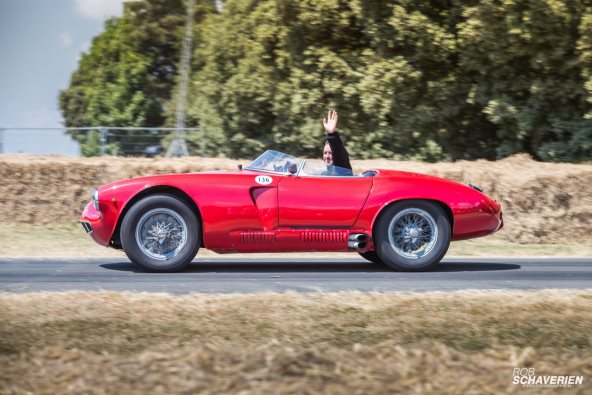 H&H Classics, the distinguished 28 year old auction house that is one of just two auctioneers to have sold a car for over $10m and a motorcycle for in excess of $500,000 – has just announced its brand partnership with Petrol Ped, the brainchild of broadcaster Peter Greaves.

As an Automotive Influencer Peter Greaves, is the restless spirit behind the Petrol Ped vlog on YouTube. He writes, shoots, edits and publishes car reviews and films of motoring events for his rapidly growing YouTube channel. He works with the majority of leading car brands, as well as a large number of dealer networks to review new cars to market and special cars with great stories to tell and the many celebrities who are themselves petrolheads. 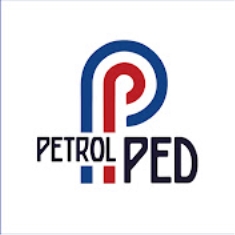 H&H Classics are delighted to announce their partnership with Petrol Ped, specifically his flagship ‘Friday Feature, Powered by H&H Classics’. it will air at 6pm every Friday. This new H&H partnership comes ahead of the imminent return of H&H’s live public auctions at the Imperial War Museum Duxford in Cambridgeshire, the National Motorcycle Museum outside Birmingham and Pavilion Gardens, Buxton, after a year in which H&H auctions have all been held very successfully online.

Petrol Ped has over 100,000 subscribers, an audience split around 50/50 between the UK and overseas viewers and regularly enjoys total viewing figures in the region of 750,000 per month.

The first H&H Classics sponsored video will air on Friday 7th May.

Commenting on the new H&H partnership Peter Greaves, says: “I am delighted to give this special time slot on Petrol Ped a new life as ‘The Friday Feature, Powered by H&H Classics’. I am proud to be working with such a storied and highly respected brand in the classic & collector car market, showcasing my best film each week with such an amazing partner.”

He adds: “In January 2016 I started creating YouTube videos as an outlet for my passion for cars and love of driving. I create content about the full spectrum of cars from modern to classics, combustion engine to electric, city cars to SUVs and family cars to supercars. At first I only uploaded one video a week and decided Friday at 6pm would be set in stone each week so my followers would know to tune in. As my channel grew I started to upload more videos per week but always saved my best for the prime Friday slot. In fact I have released a video every Friday without fail for over 5 years now!”

Colette McKay, MD of H&H Classics, comments: “We are delighted to be partnering with the Friday Show on Petrol Ped which is attracting an ever-greater audience. H&H is well known for its creative use of marketing and communications – our live auctions online have powered us very successfully through the pandemic – so this new public platform with its audience of automotive enthusiasts in the UK & overseas is a natural fit for us. Like H&H Classics, Petrol Ped attracts attention from the UK as well as many countries around the world, so the fit is particularly good.”

Damian Jones, Head of Sales for H&H Classics adds: “For our clients this association with Petrol Ped will have a particular resonance because of its excitement and ease of access. Our aim is always to bring our pitch to our clients wherever they are and a large and growing number are watching this YouTube phenomenon.”

H&H was founded by Simon Hope in 1993 as a specialist auction house dedicated solely to the sale of collectors’ motorcars and motorcycles. Some 28 years later, the company can boast a continuous trading history, which exceeds that of any UK rival. The company is staffed by hands-on enthusiasts with over 600 years’ combined experience, and its specialist valuers are among the most knowledgeable in the industry.