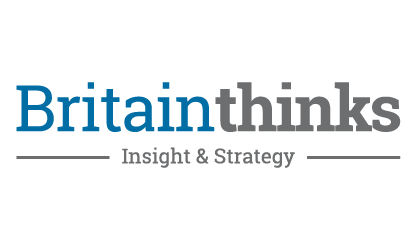 Half the public say they’ve never felt so worried about paying their bills, but most say they still won’t be seeking support

LONDON, UNITED KINGDOM / AGILITYPR.NEWS / November 18, 2022 / Insight and strategy agency BritainThinks has published new research into the behaviour and attitudes of the significant number of new financially vulnerable people in the UK. This analysis unpicks the nuance in the feelings they have and measures that they are taking in the face of rising costs. Critically, the study looks at the barriers to seeking support and how to help people overcome these hurdles.

Associate Director, Hettie Hill commented: “Despite widespread and sustained concern about the rising cost of living, and many already making significant changes to their spending and lifestyle, few are seeking formal support to help them manage. Our data suggests that the most vulnerable groups, like those on the lowest incomes, are particularly likely to be self-selecting out due to feeling others need support more than them. To be successful, any support initiatives will need to combat their concerns about eligibility, feelings of shame about asking for help and a lack of awareness about what is available to them.”

The Cost of Living Diaries is an ongoing project at BritainThinks looking into the effect of the crisis on the British public, and what that means for government, business and the third sectors. Since March 2022, we’ve been tracking levels of concern about the rising cost of living, and what that means for the public. All research is available on our website: https://britainthinks.com/insights/

BritainThinks is an international insight and strategy consultancy. We deliver attitudinal and behavioural insight to help our clients improve policy, delivery and communication using traditional and innovative methodologies. We put the people that matter most to your organisation at the heart of your thinking. BritainThinks won MRS Agency of the year in 2020, is an employee owned business and certified B-Corp company.