The Chief Executive of pub and restaurant group, Oakman Inns, Dermot King, is offering to forego The Chancellor’s latest lockdown grant of up to £250,000 if he allows National Health Trusts to use Oakman Inns’ venues as vaccination centres.

Under the business grants scheme outlined by Rishi Sunak yesterday, Oakman Inns would have received more than £250,000 during the next four months, but King is ready to give that back to the Government to help pay for a bigger and quicker vaccination roll-out.

King explained: “The only route to any normality is through mass vaccination and for that the NHS needs to be able to work at scale. The entire hospitality industry is desperate to re-open as quickly as possible before we have huge scale redundancies across the sector,” he said.

There are reports today that there are plans to use pharmacists to deliver vaccinations, and King says allowing them to work in large pubs and restaurants would mean they could be more effective.

Oakman Inns has 28 properties across many of the Home Counties and the Midlands, and like many pubs and restaurants, they have large refrigeration areas to help with storage and are COVID-19 safe.

King explained: “Our pubs have large indoor spaces and in some cases large car parks and accommodation, which could accommodate large numbers of people around the clock. Clearly, the money offered by the Chancellor yesterday would help us in the short-term, but realistically the only way all of us can get back to normal is to get the country vaccinated. We would rather let the Government keep their hand-out to invest it in using hospitality venues as vaccination centres for the greater good of all.

“The hospitality sector has the venues, it has the infrastructure, the venues are sitting empty, and our offer even includes a contribution towards the cost of the scheme. We want to help the Government and the people of the UK beat COVID-19 because the quicker we’re vaccinated, the more lives we save, the more jobs we save, the more businesses we save, and we’re prepared to do whatever it takes to see that happen.”

About the Oakman Group: 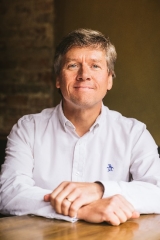