Scandinavian-owned global furniture brand JYSK’s UK Country Manager David Ashton will tackle the slopes of Kilimanjaro early next year to support CALM, a cause close to his heart.

He will begin his 19,400ft 9-day trek to the summit of Tanzania’s highest mountain on February 6 2020 to raise money for the men’s mental health charity.

He said: “To climb Kilimanjaro has been a challenge I have wanted to undertake for many years. I am sure that it will be both physically and mentally tough, but incredible. At the same time, I wanted to use the opportunity to support the charity CALM (Campaign Against Living Miserably).

“It is absolutely devastating that the single biggest killer of men under the age of 45 in the UK is suicide.

“Whilst we are opening up as society to understanding mental health better, there is still a lot that can and needs to be done. The first is ensuring that men know that it is OK to be open, it is not weak and it will not bring their masculinity into question. Quite the opposite, being open is the most masculine thing you could and can do.

“From personal experience I know what it is like to live life holding everything to yourself and allowing your mind to become consumed with irrational thoughts and feelings. The best thing I ever did was talk, open up, and share. It changed my life.

“At JYSK we want to create a culture of open and honest communications, whilst supportive, understanding and approachable. That means we do not shy away from talking about mental health and as a Country Management Team we actively share ourselves – to encourage the confidence in others.”

Simon Gunning, CEO of the Campaign Against Living Miserably (CALM), said: "We're honoured that David has chosen to support CALM and the movement against suicide. The lengths our supporters go to in order to raise funds and awareness for CALM is staggering and enables us to continue supporting people via our free and anonymous services. We wish David the best of luck with his challenge and we can't wait to hear the stories."

The Campaign Against Living Miserably (CALM) is leading a movement against male suicide. Its goal is a life less miserable for everyone. CALM provides a free and anonymous helpline 0800 58 58 58 and webchat (5pm-12am daily) staffed by trained professionals. Its website www.theCALMzone.net hosts inspiring content by men for men and its campaigns tackle stereotypes of masculinity, suicide and male mental health. 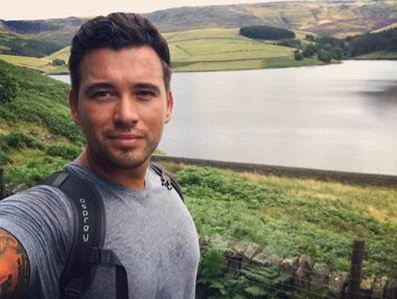 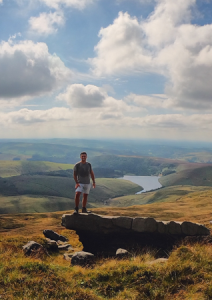 JYSK sells everything for your home. The international group's annual turnover is €3.58 billion. Growth is stable and controlled, and total staff numbers are around 23,000 working across 2,700 stores in 54 countries. In the UK it has delivered a strong sales performance as some other furniture retailers have found conditions less favourable.

Global purchasing power with pricing benefits passed on to customers, a growing appetite for Scandi style, quality products and high-levels of customer service have all contributed to JYSK’s UK advance.