Lifting the Curtain on the ‘Big Top’

UNITED KINGDOM / AGILITYPR.NEWS / May 22, 2020 / A snapshot of the problem of wild animals in circuses around the world 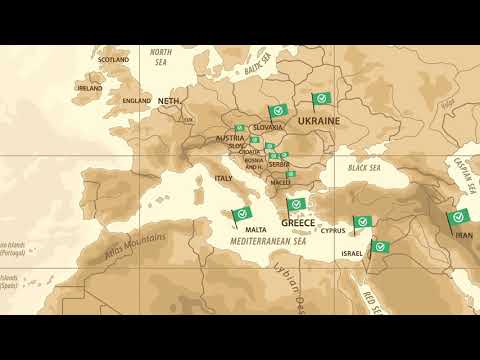 As part of international wildlife charity Born Free’s latest campaign, ‘Goodbye to the Circus’, it hopes to highlight the plight of wild animals in circuses around the world.

Concern for animals in circuses is not new: laws regulating the use of performing animals have been in place in Great Britain since 1925; and around the world, around 30 countries have now banned the use of wild animals in travelling circuses. Singapore and Costa Rica banned wild animals from circuses in 2002, and Austria became the first country in Europe to implement a ban in 2005. In the years since, similar laws have been brought in in countries such as Greece, Cyprus, Ireland, Slovakia, Slovenia, Croatia, Estonia, and Malta, Scotland, and England.

Yet in many parts of the world, this outdated show still goes on, and there are still some European countries that have no national legislation preventing the use of wild animals in circuses, including France and Germany. In France alone it is estimated that there could be more than 500 wild animals in use in somewhere between 60-160 including lions, tigers, elephants, hippos, baboons, macaques, snakes, parrots, camels, bears, ostriches, and zebra.

Circus life is notorious for being incompatible with basic standards of animal welfare: there is overwhelming evidence of compromised animal welfare in circuses. The complex needs of wild animals simply cannot be met under such conditions, and many suffer cruelty to train them to perform for people’s entertainment.

But it is not only the poor conditions and treatment of animals which hit the headlines. There have been numerous reports of wild animals escaping from circuses, some ending tragically. Examples of these include:

Born Free has rescued 21 animals from circuses and has rehomed them to retire at sanctuaries across the world, including at its big cat sanctuary Shamwari in South Africa.

Dr Chris Draper, Born Free’s Head of Animal Welfare & Captivity, commented: “It is baffling to consider that leading countries within the EU still permit the exploitation of wild animals within travelling circuses. The cruelty must stop here, and we are urging the governments of every nation with a circus industry to take legislative action to end the use of wild animals in circuses”.

Born Free was founded by Bill Travers and Virginia McKenna, who starred in the movie classic, Born Free (1966), together with their eldest son, Will. Born Free’s mission is to ensure that all wild animals, whether living in captivity or in the wild, are treated with compassion and respect and are able to live their lives according to their needs. Born Free opposes the exploitation of wild animals in captivity and campaigns to keep wildlife in the wild.

Born Free promotes Compassionate Conservation which strives to enhance the survival of threatened species in the wild and protect natural habitats while respecting the needs of and safeguarding the welfare of individual animals. Born Free seeks to have a positive impact on animals in the wild and protect their ecosystems in perpetuity, for their own intrinsic value and for the critical roles they play within the natural world. For more information about Born Free please visit: www.bornfree.org.uk