UNITED KINGDOM / AGILITYPR.NEWS / May 22, 2020 / Woolley & Wallis are back with a new auction schedule and will start selling the select consignment of items from the Rothschild collection at Exbury House on June 17.

The consignment of pictures, works of art and furniture make up around 85 lots that come to Woolley & Wallis thanks to a decision to rearrange parts of the interior at Exbury, a seat of the Rothschilds since 1919.

They will be dispersed across a number of specialist online sales this summer and autumn, with Venetian glass featuring in the English and European Ceramics and Glass auction on June 17.

Previously the estate of the historian William Mitford and then Lord Forster, a one-time Governor-General of Australia, by the time Lionel Nathan de Rothschild (1882-1942) acquired Exbury, the 18th century house was all but derelict, and he had it remodelled in the late 1920s.

It was the gardens that were Lionel’s true passion, as their unique micro-climate at the south eastern edge of the New Forest in Hampshire rendered them particularly suitable for the planting of rare rhododendrons, camelias and azaleas from Asia. Here he created an inimitable garden, employing 250 men to clear out the woodland so that it could be laid out, while installing an intricate irrigation system involving 22 miles of underground piping.

If the garden was a triumph, the house was more unfortunate. Barely a decade after Lionel had refashioned it to his liking, war broke out. Just over two years later he died and four months after that the Admiralty requisitioned the house, giving the family no more than 48 hours to clear their possessions and themselves out.

Legacy of military occupation during the Second World War

The legacy of its military occupation throughout the war meant that both house and gardens had to be restored once more, this time under the direction of Lionel’s son, Edmund (1916-2009), who opened the gardens to the public in 1955.

Edmund was also an art collector, but it is to another Rothschild that a number of the notable highlights consigned to Woolley & Wallis may be attributed. These heirlooms from Exbury entered the family via Alfred de Rothschild (1842-1918), a director of the Bank of England by the age of 26 and Lionel’s uncle. In 1879 on the death of his father, Alfred had inherited the 1,400-acre Halton estate in Buckinghamshire, where he promptly built a sumptuous house in the style of a French chateau, and it was from here that these choice lots emanate.

Pre-eminent is a pair of Louis XVI ormolu and marble models of the Borghese vase, a celebrated krater sculpted in 1st century BC Athens that now resides in the Louvre. Together the pair is expected to fetch £20,000 to £30,000.

Also originally from Halton comes a pair of 19th century continental silver-gilt figures of a rhinoceros and elephant with Eastern riders and attendants, with hopes of £10,000 to £15,000, and a set of eight giltwood and Aubusson tapestry fauteuil in Louis XVI style with a guide of £8,000 to £12,000.

A pair of large Chinese Qing Dynasty lapis lazuli models of elephants raised on elaborate rectangular stands are a decorator’s dream with their bronze branches of lingzhi from which hang bunches of leafy fruits. The estimate is £20,000 to £30,000.

The Portrait of a lady, traditionally identified as the Anne, Duchess of Cumberland (1743-1808) by Sir William Beechey RA (1753-1839), shows her seated in a white dress. The oil on canvas is expected fetch £6,000 to £8,000, while Mistress Dorothy, by George Adolphus Storey RA (1834-1919), is a painting whose history is well detailed in the artist’s autobiography, Sketches from Memory. Dating to 1873, it depicts a model, who he names only as Miss S., the daughter of a lieutenant in the navy, who was introduced to Storey via a mutual acquaintance. She sat for the artist once or twice a week for over a year, and was the model for some of the figures in the painting Scandal. The sessions were only to come to an end because Miss S. married. Upon hearing the news of her engagement, Storey started painting this work.

It was exhibited at the Royal Academy in year it was painted and Alfred de Rothschild purchased directly from the artist for 300 guineas after seeing it there. The estimate here is £2,000 to £3,000.

Woolley & Wallis’s former chairman Paul Viney, who remains an active part of the firm as a director, has been overseeing negotiations for the Exbury House consignment for the past three years.

“For over 200 years the Rothschilds have been renowned as great collectors. The provenance of the lots we are selling, many of which have been through several generations of the family, can only enhance their interest,” he said.

Bidders will be able to view the items online at www.woolleyandwallis.co.uk

They will also be able to leave commission bids and phone bids, as well as bid live online by registering via the website. 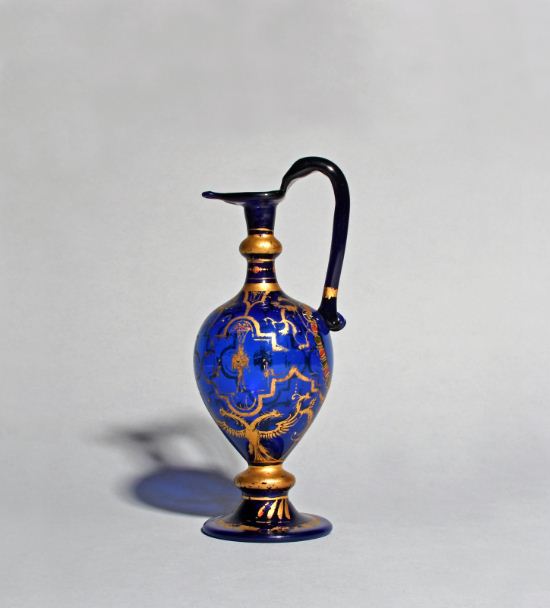 This very rare circa 1560-90 Italian façon de Venise carafe or ewer would have been made for the Austrian market. The property of the Rothschild family of Exbury House in Hampshire, with a provenance dating back several generations to Alfred de Rothschild (1842-1918), it is among the highlights in the English & European Ceramics & Glass auction at Woolley & Wallis of Salisbury on June 17 with an estimate of £2,000-3,000.

The auctioneers will be selling 85 lots of furniture, paintings and works of art from the Rothschild collection at Exbury House at a variety of sales over the coming months.

All details online at www.woolleyandwallis.co.uk 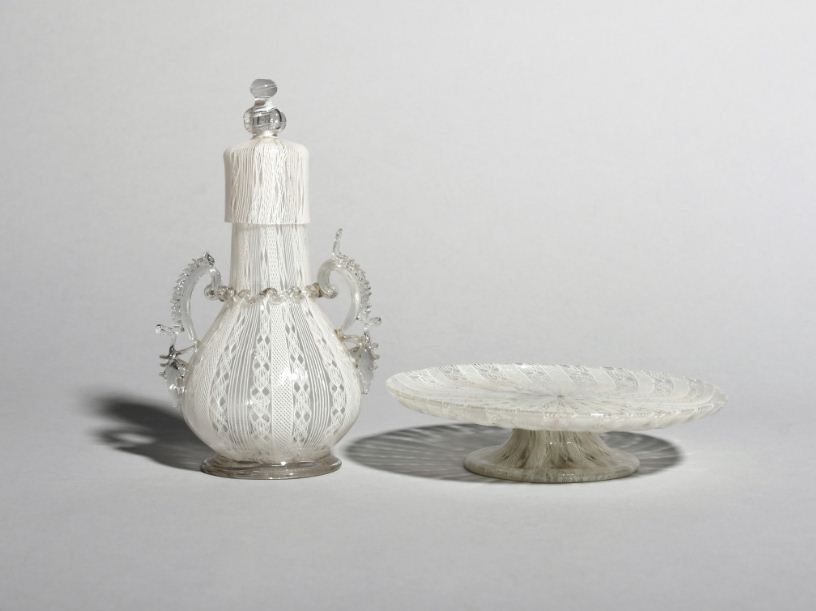 This Italian façon de Venise flacon and cover with matching 17th/18th century tazza is the property of the Rothschild family of Exbury House in Hampshire, with a provenance dating back several generations to Lionel de Rothschild (1882-1942), it is among the highlights in the English & European Ceramics & Glass auction at Woolley & Wallis of Salisbury on June 17 with an estimate of £1,000-2,000. The auctioneers will be selling 85 lots of furniture, paintings and works of art from the Rothschild collection at Exbury House at a variety of sales over the coming months.

All details online at www.woolleyandwallis.co.uk

Described by the Antiques Trade Gazette as “arguably the most exciting provincial saleroom in the country”, Woolley and Wallis has lived up to that title in recent years with a string of record-breaking sales and notable prices.

Of the fifteen lots to make over a million pounds at regional auction houses, Woolley and Wallis has sold eleven of them, including our top lot - a Chinese spinach-green jade water buffalo - for a hammer price of £3.4m in 2009. The Asian Art auction held in May 2010 became the highest ever grossing sale for a provincial auction house, and at £7.3m the sale in question eclipsed the equivalent sales at all three of the London salerooms. From 2010 to the present Woolley and Wallis has been the highest grossing regional saleroom in the U.K. In April 2012 a pair of natural pearl earrings sold for £1.6m, a record for any Jewellery department outside of London.

As the leading regional auctioneer in the U.K. Woolley and Wallis, who were founded in 1884, hold around thirty specialist sales a year spread between nine departments headed up by leading experts in their field. The saleroom prides itself on combining a high level of expertise and professionalism, with the friendly attitude and personal service that clients have come to expect from this long-standing firm.