UNITED KINGDOM / AGILITYPR.NEWS / February 27, 2020 / "Last Date is a vital resource for trainers and practitioners to use to raise the issue of coercive control and abuse. I believe this will be a mainstay of DV training for many years to come."

Dr Emma Williamson, Head of the Centre for Gender and Violence Research at The University of Bristol

We are delighted to announce the launch of Last Date, a social drama film that deals with the often misunderstood and underestimated impact of coercive and controlling behaviour amongst many young people.

Produced by Omni Productions and supported by national charity Family Action, Last Date is the follow-up to Leaving, the influential film about domestic violence and abuse, which is a widely respected training resource for many in the health and social sectors.

In educational settings, Last Date can be used as a preventative tool, helping young audiences see the early warning signs of abuse. It is also a training resource for specialists working in the field. It is designed for use in conjunction with pastoral support and after care for those who are affected by the issues in the film. Although aimed primarily at young people aged from mid-teens to mid-twenties and professionals who work with them, Last Date will resonate with audiences of all ages affected by coercive or controlling behaviour. It will also be of use to those who may face domestic violence and abuse issues in their professional lives, from police officers to social workers and healthcare professionals.

The film gives an insight into how coercive control escalates from the discreet to the explicit. The behaviour is demonstrated through a young couple on a date. The structure of the film cleverly reflects the gradual progression of abuse but in a condensed timeframe to make the warning signs more explicit and recognisable. We hope that it will support young people, potential victims and perpetrators, to recognise the signs and break the cycle.

The film, with supporting training resources, has the power to generate discussion and debate around roles and responsibilities within relationships and to challenge perceptions and stereotypes. It also questions the role of society as a whole in how it observes and reacts to coercive and controlling behaviour.

Richard Penfold of Omni Productions and Writer-Director of the film said:

“The purpose of this film is to be as useful as possible. To actively encourage its audience to think, ask questions and start discussions around relationships and how they can escalate into dangerous situations if control begins to manifest.”

“I truly believe that any person who views this film will be armed to recognise the early warning signs of coercive control and the potential for domestic abuse. This may not prevent them from entering a controlling relationship or immediately induce them to end an existing one, but the key messages will be held in their memories to inform and aid their future choices”.

“We are pleased to launch Last Date and to have worked alongside Omni productions. This film provides an excellent opportunity to shine the light on the issue of coercive and controlling behaviors and to highlight this with young people and indeed adults. It can assist in challenging and changing attitudes and beliefs and providing young people with increased awareness of this issue, which is sadly so prevalent within our society.”

As with Leaving, Last Date is available, along with supporting training resources, by online subscription via Social Film Drama. https://sfd.elty.io/

You can view the trailer to the film here https://youtu.be/REP78jp8J-E 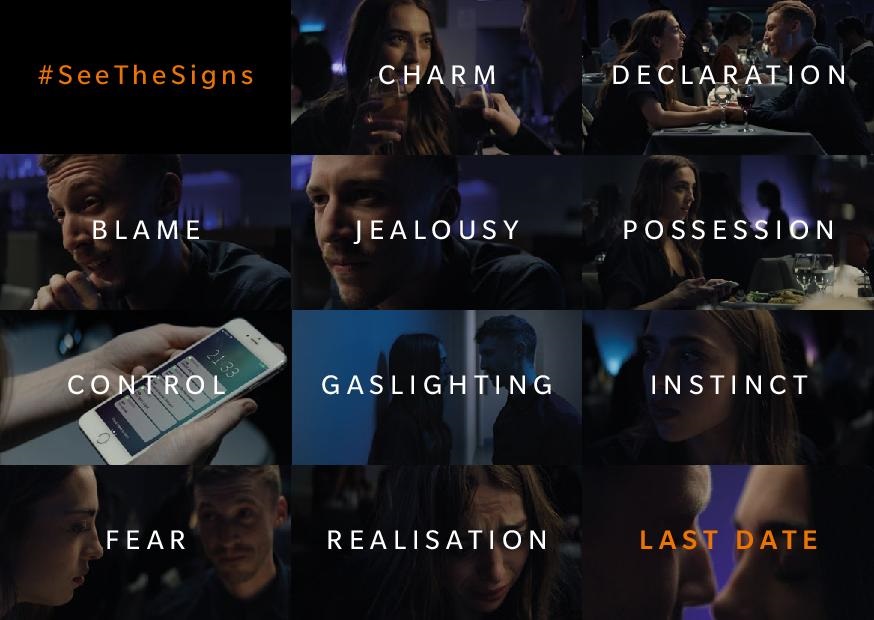 Omni Productions is a film production company based in Bristol, UK. A Certified B Corp, the company is continually striving to have a positive impact through how it works, and all work it produces. By collaborating with like-minded partners and clients, to create meaningful films that engage, entertain and delight audiences, they are using their business to drive positive change.

Since the charity was founded in 1869, we have continued to help children and families overcome the challenges they face through a wide range of practical, emotional and financial support. With some 150 community-based services across the UK, we currently support more than 45,000 families each year.

We help families to manage their mental health and wellbeing and to tackle behavioural issues and parenting challenges, family conflict and domestic abuse. We also work with families to reduce the impact of social isolation, poverty, addiction and other significant sources of stress and pressure.

Our work covers the whole life span and includes help for parents-to-be and for parents and carers of children of all ages, a wide range of services for children and young people and services for adults affected by mental ill health. Our family work stretches from intensive whole family support to more targeted services supporting families affected by adoption, special guardianship, separation, special educational needs, disability, domestic violence and sexual abuse.

Based in and working with Children’s Centres, GP surgeries, schools and other local partners, our specialist services include Multi Systemic Therapy, children’s trauma therapy, child to parent violence, social prescribing, supervised child contact and a range of mentoring and befriending services. We also provide some 2,000 welfare and educational grants every year to people in financial crisis.

Through the National School Breakfast Programme, we provide a healthy breakfast to more than 280,000 pupils every school day. We also offer free and immediate support to adult family members through our national helpline, FamilyLine (via telephone, email, online chat and 24/7 text service), and are recognised as a leading provider of specialist training and consultancy.