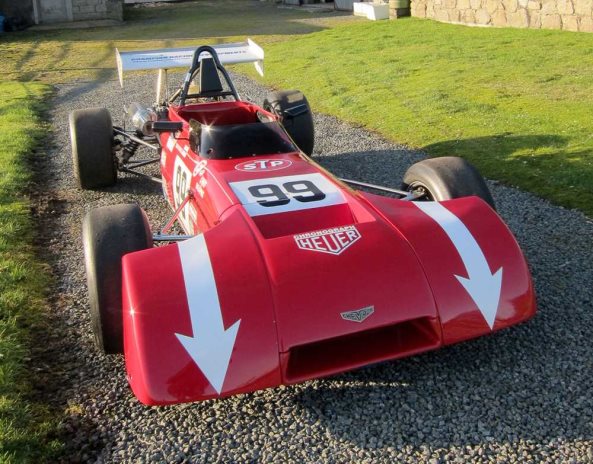 The Chevron was a works car for Chris Skeeping in 1972. It has been the winner of Formula 4, Monoposto and HSCC Classic and the F3 Championships. It has had just four owners from new and is ready to compete.

The car comes with a fully documented history, has been professionally maintained and features a low mileage Twin Cam engine. 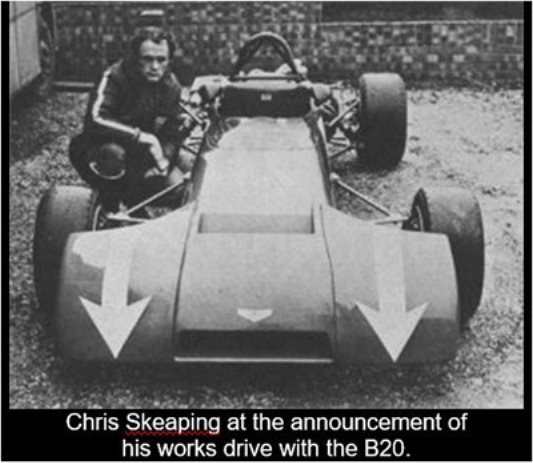 Car number one of only eleven B20’s built by Chevron; this is the only Formula 3 version ever produced and was the works car for Chris Skeaping who raced it in F3 events in England and Europe. Chris’s best result was 3rd at Silverstone, 14 May 1972.

The car passed briefly into the hands of Chevron’s Italian agent, Eris Tondelli, then in 1975 it was sold by Chevron Cars to Alex Lowe and went on to win the Formula 4 & Monoposto championships in 1977 and 1980 respectively. Alex then sold the car back to Chevron.

In 1994 it was totally restored by Roger Andreason at Chevron Cars for Nick Crossley. Nick spared no expense at all and he used it in HSCC F3 races, winning the Classic F3 Championship in 1995.

When the present owner bought it the car had been standing for quite a number of years so it was subjected to a light restoration and returned to its original livery from when Chris Skeaping ran it for Chevron.

Whist in his ownership it has been maintained by Martin Stretton Racing so has wanted for little although it will need new tyres and seatbelts and the extinguisher will need recertification as it hasn’t been raced since Oulton Park in August 2014.

The Twin Cam engine was overhauled by Colin Holt in April 2013 and since then it’s done five races, a total of 584 miles, verified by Martin Stretton’s record. So, apart from the tyres, seatbelts and extinguisher and the obvious change of fluids, it is pretty much ready to race. It also comes with a set of (old) wets, a spare nose section, rear wing, 2 rear uprights, 4 front wishbones and various other suspension items.

The car was raced at Monaco in 2010 so would certainly be eligible should they run a suitable class in the future. Could run in Classic F3 but also Classic Racing Cars. 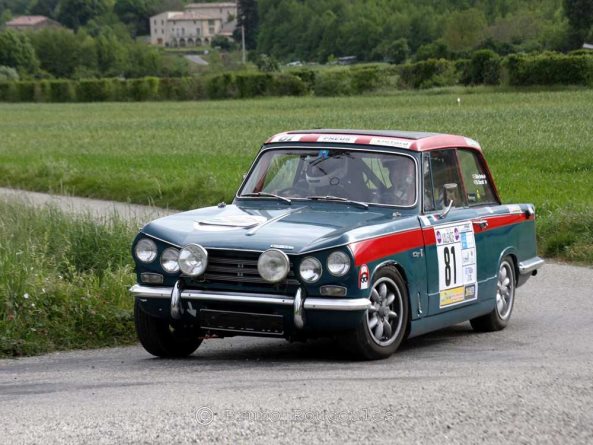 This Triumph Vitesse MK2 rally car, which has been owned for almost 10 years by the vendor is affectionately known as 'The Snotter'.

It has provided huge enjoyment as a Historic Rally car and has covered around 20,000 miles during that time either competing in rallies or getting to and from them and has proven to be 100% reliable.

All its events have been in Switzerland or France and include multiple Alpine Challenge rallies, Rallye du Dauphine, Rallye du Chablais, Rallye Glace et Neige, Rallye Mont Blanc, Ollons Villars Hillclimb and many more. The owner’s co-driver being Swiss allowed the car to be garaged in Geneva between rallies only returning to the UK periodically for maintenance and minor repairs. The last competition event undertaken was in 2018 and the car was driven back to the UK in December 2018 after which it has hardly been used and this is the main reason for the sale.

Mechanically, it has been kept very standard for reliability. It has a 4 speed non-overdrive gearbox, upgraded high ratio differential, 14in Minilite wheels, conversion to telescopic rear shock absorbers. Internally, there is an FIA spec full Rollcage, Competition Seats, Full Harnesses, Tripmaster. Structurally, it is very sound but with some cosmetic details - faded paint on boot lid and roof and very minor bubbling around base of doors - it is after all a rally car. The original front and rear seats are included if someone wants to revert to non-competition use.

It also has an MSA Historic Rally Car Passport, large history file showing that it is a matching numbers and Devon registered car from new, original service book and has had 5 recorded keepers in 50 years. Mot and tax exempt.

It would make an ideal vehicle for someone to start historic regularity rallying. 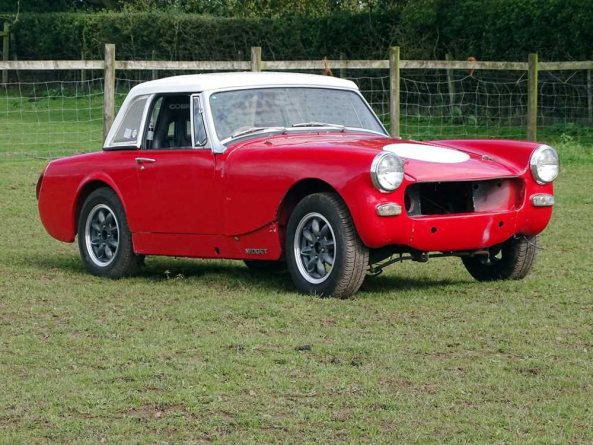