UNITED KINGDOM / AGILITYPR.NEWS / October 29, 2021 / OVER A THOUSAND BIDDERS MAKE THE H&H CLASSIC BIKE SALE A ROARING SUCCESS WITH A COMPANY MOTORCYCLE RECORD OF £2M & 92% SOLD AT THE NATIONAL MOTORCYCLE MUSEUM ON OCTOBER 27TH 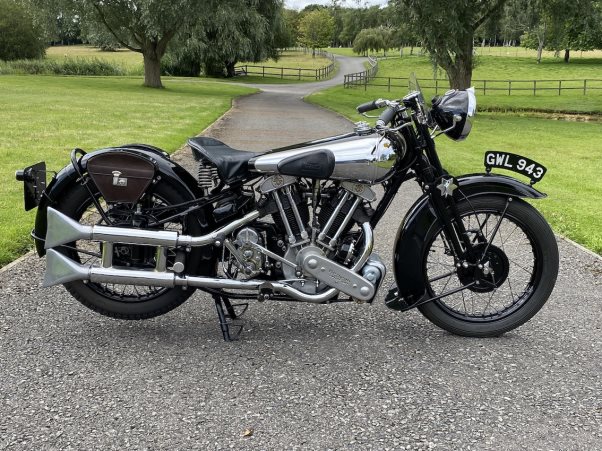 This stunning example of the bike every collector wants to own was dispatched when new to Layton's of Oxford (on 15th October 1938) and first registered to Kings Motors, also of Oxford.

Mike Davis of H&H Classics says: “These bikes are incredibly collectable and they continue to rise in value. The strength of the vintage motorcycle market has been growing year on year, and does not seem to have been hindered by the current economic slow down, this latest sale certainly highlights this.”

“This H&H sale at the NMM represented a unique opportunity to acquire a most original and genuine ‘Superbike’ from the pre-war era that can still provide an exhilarating ride or grace any serious collector's stable.”

The machine had all its correct numbers, frame, engine, and gearbox as per the machine card and confirmed by the BSOC. Its early history is unknown but it was purchased by BSOC member Mike Holben in the 1950s, and formally owned by Titch Allen.

Mike Davis said that the sheer number of buyers and the brisk bidding help to push the sale total to a whopping £2m with an astonishing sell rate of 92%. The fact that we had that stunning Brough Superior SS100 and the Vincent Black Shadow ensured huge interest on the day and that certainly created excitement. And with 200 bikes to choose from there was something for everyone.”

Ian Cunningham adds: “There was obviously pent-up demand after 18 months of Covid and the buzz in the sale was palpable.” 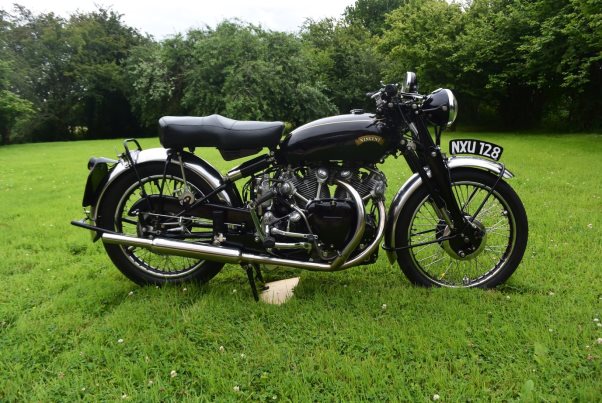 The second highest price of the sale was this lovely 1953 Vincent Black Shadow which sold for £76,700. In its day it was the fastest motorcycle in the world and is the bike everyone wants now.

This wonderful survivor, the legendary Vincent Black Shadow, is part of a deceased estate, owned by the same family since 1980. It came to sale with H&H Classics at the National Motorcycle Museum on October 27th.

This beautiful Black Shadow was first registered on the 18th of June 1953 and bought by the last owner, an engineer, in 1980 using it at the time for touring and holidays with friends. Its frame number matches factory records.

The bike comes fitted with a few desirable modifications including an electric starter kit, BTH mag, Alton dynamo, Stainless Steel exhaust system and a Hills centre stand. It looks to have been an on-going restoration project with a receipt dated 16.09.10 for £3600 worth of assorted work and one dated 09.09.16 for further £1900. A lot of the nuts and bolts are stainless and the wheels are fitted with stainless spokes. 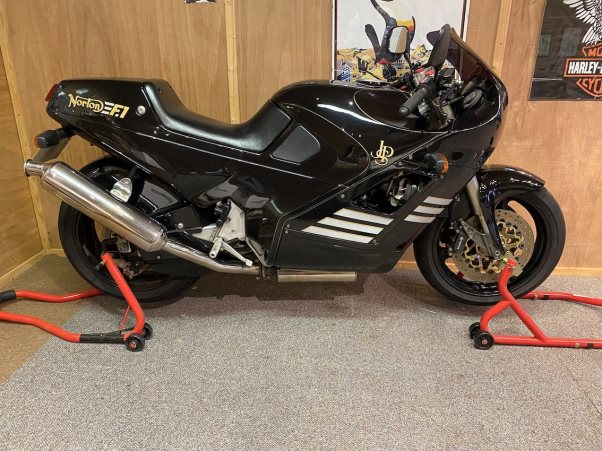 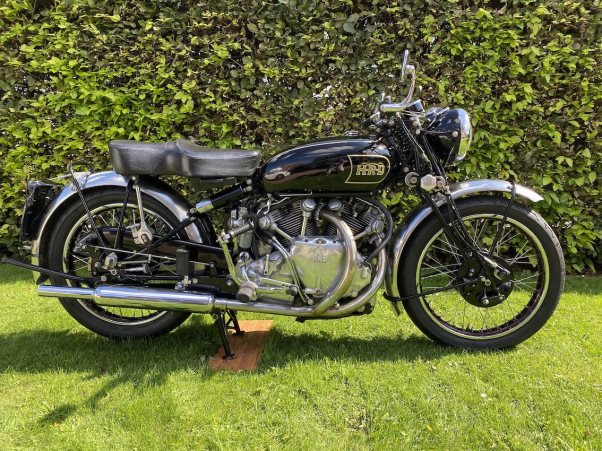 This 1948 Vincent Series B Rapide Sold for £42,480. Purchased by the vendor in 1998, he subsequently restored this lovely Series B Vincent Rapide over several years to show winning standard. Thereafter, it was ridden on many Vincent Owners' Club rallies (including the Isle Of Man). 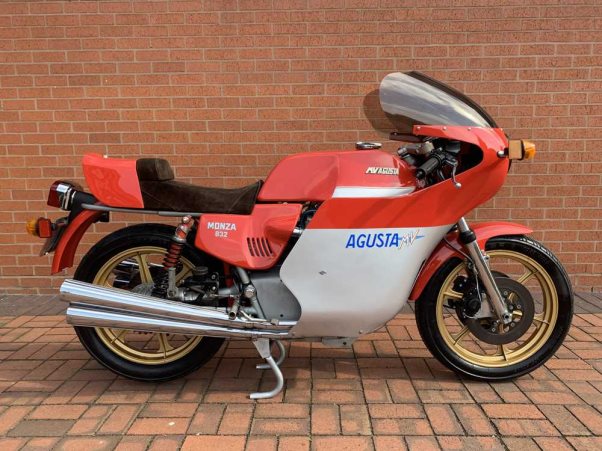 This 832 Monza was supplied new by SGT Motorcycles of London and is offered in excellent standard condition, having recently enjoyed a £12,000 refurbishment by Made In Italy Motorcycles during 2018. It must be amongst the last bikes manufactured in the Gallarate factory before motorcycle production was ceased to concentrate on the more profitable helicopter division. By that stage the bikes were being assembled by the race team mechanics under the guidance of 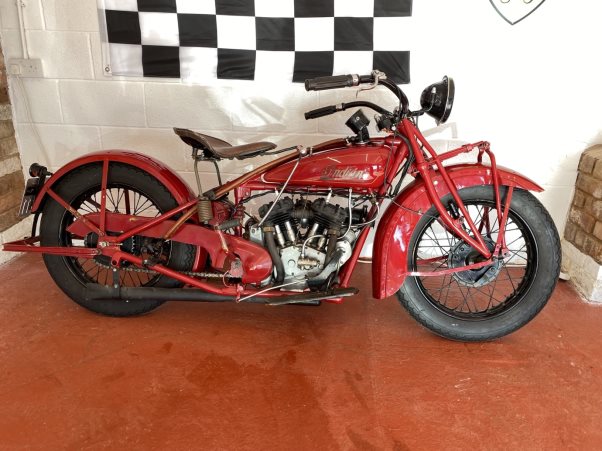 The 1929 Indian Scout 101 Sold for £24,190. Extensively restored prior to being imported from America in 2015 it was said to 'run well and sound lovely' and to have 'good electrics'. Its slightly mellowed patina only added to its appeal. 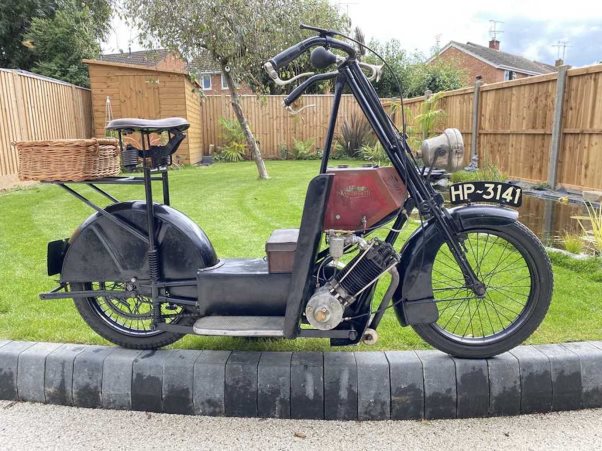 This 1921 Kenilworth Motorcyclette, a rare survivor sold for £6,490. It was purchased by the vendor from the famous Murray’s Museum on the Isle Of Man in 2005.

This 1921 Kenilworth Motorcyclette is possibly the only road-going survivor of the marque. 'Kenny' (as it is known) has been used on the Banbury Run and Graham Walker Run.

A wonderful patina has been retained on this machine, with original transfers on the tank 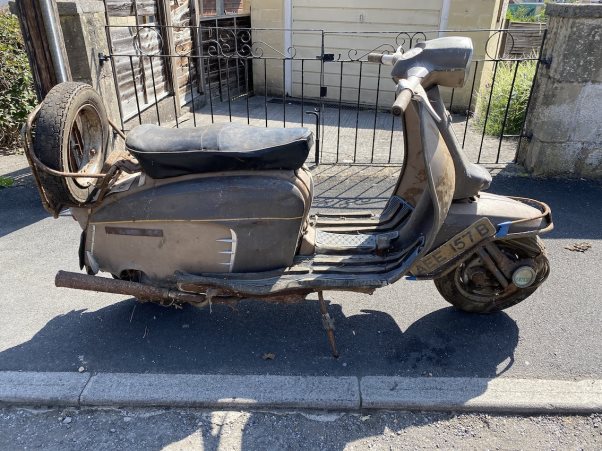 H&H was founded by Simon Hope in 1993 as a specialist auction house dedicated solely to the sale of collectors’ motorcars and motorcycles. Some 28 years later, the company can boast a continuous trading history, which exceeds that of any UK rival. The company is staffed by hands-on enthusiasts with over 600 years’ combined experience, and its specialist valuers are among the most knowledgeable in the industry.