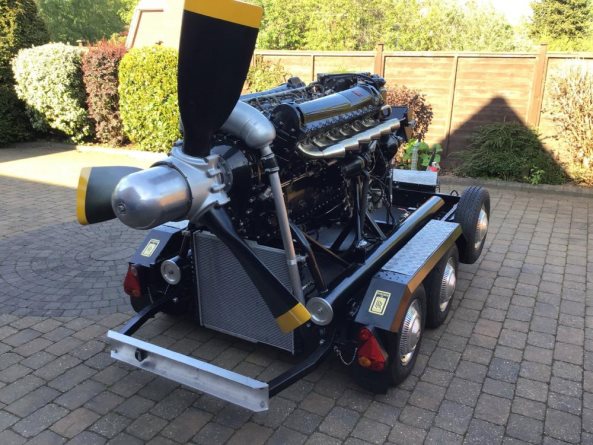 If you're one of the many people who feel a thrill of excitement every time you hear a Rolls-Royce Merlin-engined Spitfire take to the skies, then this superb lot could be just what's required to add an exciting new dimension to your life. 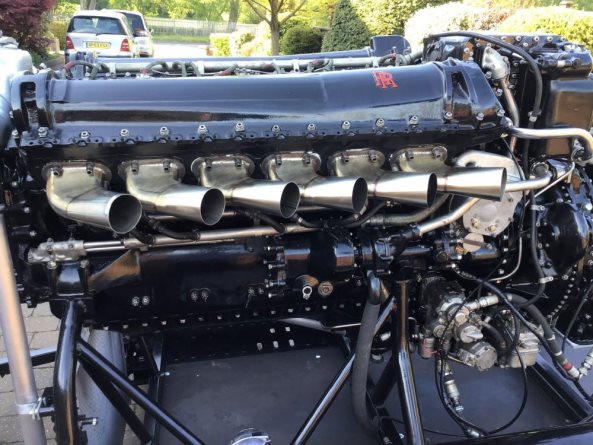 The immortal Merlin will be forever associated with the aircraft it so successfully powered - most famously the Spitfire, Hurricane, Mustang, Lancaster and Mosquito of WWII. Most were employed in aircraft, but the 27-litre V12 engine was also converted for use on land in tanks and at sea in MTBs.

Unquestionably one of the most successful powerplants of the WWII era, it was rapidly developed over some 50 marks, during which power output rose from around 1,000 bhp to over 2,000 bhp. By the end of its production in 1950 almost 170,000 examples had been manufactured.

The fabulous-looking unit - a work of art in its own right - was apparently manufactured at Rolls-Royce's purpose-built factory at Hillington, Glasgow and saw service in a version of the Douglas DC-4 - either a Canadair North Star or BOAC Argonaut. It is currently equipped with a Hamilton three-bladed propeller.

The immaculate ensemble is now being sold complete with Merlin service manual and spare parts catalogue, plus no less than 157 photos of the engine's restoration. The lucky purchaser will be in good company, as serial car collector and connoisseur of aero-engined cars Jay Leno has just such a set-up, his party trick for which is revving the engine sufficiently for the trailer to move the accompanying tow vehicle! 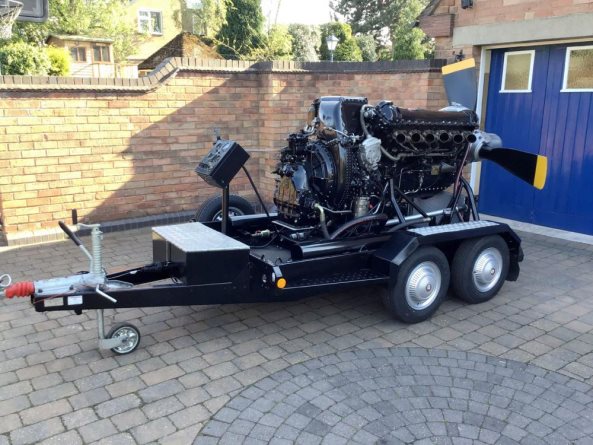 This auction item comprises a 1949 Merlin that was painstakingly overhauled over a two year period and then expertly installed onto a brand new Brian James motor racing trailer, so it can be transported to shows and other gatherings and fired up at will. It comes complete with service manual and spare parts catalogue and it has had a recent complete and comprehensive rebuild.