Leading marine charity Whale and Dolphin Conservation (WDC) is calling on people visiting Japan for the Rugby World Cup this autumn to be like most Japanese people and steer clear of whale meat.

As part of an awareness campaign launched today, the charity is warning rugby fans of the potential risk of finding whale meat in Japanese foods, even in familiar sounding dishes such as curry, lasagne or sprinkled on ice cream.

”The meat may be served to rugby supporters as part of a ‘cultural’ experience or eaten without their knowing it”, says Chris Butler-Stroud, chief executive of WDC. “Many people will also be unaware that whale meat is known to contain PCBs, pesticides and mercury absorbed from marine pollution, and that it’s illegal to bring any whale product into the UK and the EU in luggage.

“Whaling in Japan is a small but cruel industry, only involving around 300 people, and a handful of powerful politicians, in a population of almost 127million. As the world’s attention focuses on Japan we wanted to put a spotlight on the fact that it’s just this small minority staining the country’s international reputation.”

This Rugby World Cup WDC is calling on fans to enjoy Japan’s amazing culture and traditions, and to celebrate with its wonderful people, but also to stand up for whales. More and more Japanese people are going whale watching and oppose the hunting of whales.

Whale meat consumption in the country has fallen by 99% in the last 50 years and up to 95% of Japanese people very rarely or never eat whale meat. It is this majority which will eventually put an end to whaling.

After withdrawing from the International Whaling Commission, the Japanese government resumed the openly commercial hunting of whales this summer. Japanese whalers plan to kill 264 whales (including endangered sei whales, the third largest creature on the planet) enough to cover three rugby pitches. 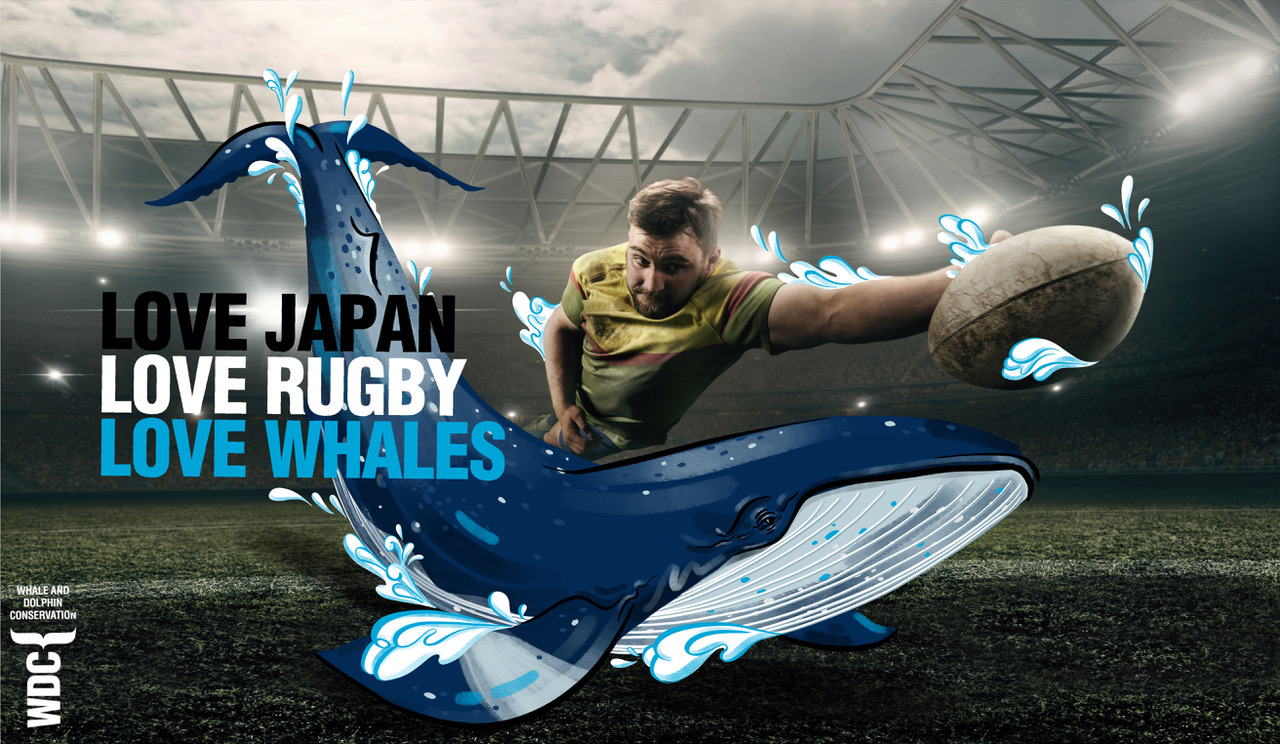 WDC, Whale and Dolphin Conservation, is the leading global charity dedicated to the conservation and protection of whales and dolphins. We defend these remarkable creatures against the many threats they face through campaigns, lobbying, advising governments, conservation projects, field research and rescue.